Eugenedes is listed in his crash report as flying an F-5E, or a Lockheed Lightning, a model adapted from the P-38 and used primarily for reconnaissance. These models were some of the most important for gathering intelligence and were equipped with multiple cameras to take pictures that could then be returned to the Air Force. Essentially, the F-4 and F-5 planes were built like the P-38 planes with the addition of four K-17 cameras in the nose of the plane.

There is some discrepancy between whether or not Lt. Eugenedes' plane was an F-5E Lightning or a P-38.

Flight Demonstration of the Plane 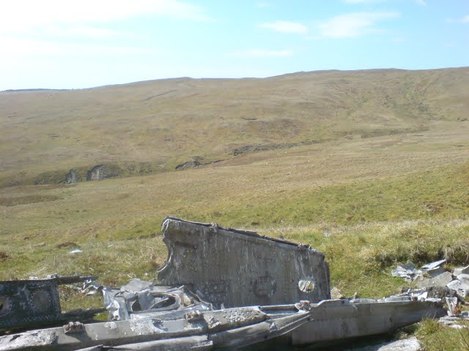 The remaining wreckage of Lt. Eugenedes' plane, nearly 70 years later.
The debris from Lt. Eugenedes' tragic crash in September 1945 can still be seen today -- despite obvious vandalism over the years, parts of the plane are still present.

These ruins were recently visited by the author of the blog Crash Site UK, which reported: "Lockheed Lightning 42-13345 of the 27nd photographic recon unit crashed high on Plynlimon on 11/09/1945 with the loss of pilot Lt Xenophon Eugenides, the aircraft struck the ridge line in the background and lost its props momentum then carried it on until it fell on to the opposite slope!"

The wing is the largest part left of the plane. Previously, the wreck was almost entirely complete, but over the years, vandals have taken most of the plane, including its supercharger, which was apparently removed with a disc cutter.

Purportedly, if Lt. Eugenedes had been flying ten feet higher that day, he would never have crashed. 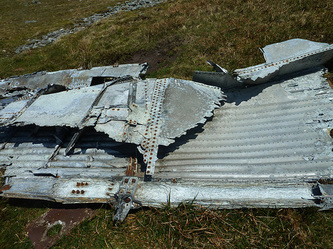 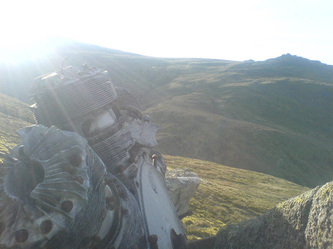 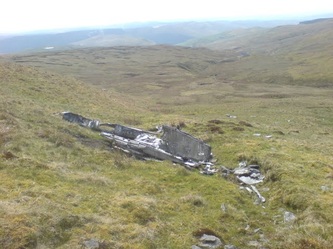